Sexual assault can happen to any one of us, regardless of age, gender, race, sexual orientation, or socioeconomic status. These forms of sexual violence are among the most underreported and/or unreported crimes in both the United States and the world due to the intensely difficult nature of the crimes.

Sexual violence is defined as any sexual act committed against someone without that person’s freely given consent. The act can be completed or attempted and can involve actions such as grabbing, fondling, verbal threats, and rape. Rape is a crime that combines elements of power, anger, control, and sexuality. It is one of the most common types of sexual assaults and is NOT primarily motivated by sex. According to statistics, women rarely make false reports about sexual assault, and no victim should ever be blamed for her victimization.

According to the Centers for Disease Control and Prevention [CDC], nearly 1 in 5 women and 1 in 71 men in the United States reported experiencing rape at some time in their lives. According to the World Health Organization [WHO], violence against women is a major health problem and violation of women’s human rights and has been experienced by approximately 35% of women across the world.

Consent is always given freely and all people in a sexual situation must feel they are able to say “yes” or “no” or stop the sexual activity at any time. Consent is a clear and unambiguous agreement to engage in a particular activity. It should NEVER be assumed because:

If you are not 100% sure that your partner wants to have sex, you do not have that person’s consent and sexual activity without the consent can be considered rape or sexual assault.

There are many short- and long-term consequences to sexual assault including (but certainly not limited to):

Reporting requirements for sexual assault or rape vary by state. Some states require all sexual assaults be reported. In some states, victims are not required to file a police report immediately, while in other states, an evidence kit will not be collected unless the police are notified. Many states have rape crisis centers, witness assistance and/or advocacy programs that can provide valuable information and support in the form of emotional support, help with finding resources, and filling out required paperwork. 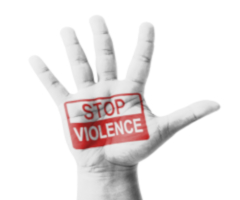 Sexual assault is a severe, complex problem and, in most communities, the solutions are equally as complex. The most successful efforts focus on:

If you would like to learn more about sexual assault, check out our Course in Sexual Assault, Gender Violence, and Rape.